The portrait is the cornerstone of photography. Somehow in photography everything revolves around the figure, the faces, the people. We photograph our families, the people we love, even those we do not love. We got to photograph people we do not even know. And of course our environment, our things, what we see. Only what we see. Sometimes we forget that photography is the only artistic language that is constructed from the perspective of the artist, who makes it, and that is strictly connected with its ability to distinguish, with our ability to be and relate to our environment and with our peers. Maybe that's why the portrait is so important, because with the portrait we are talking about how they see us, how others perceive us. We never see ourselves sufficiently similar to ourselves, we seem others, the perception of the other is what, in a portrait, constructs our reality. In the painting it was evident that the artist's greater or lesser mastery, imagination and even a certain desire for perfection altered the portrait, which from the commission is expected to be a portrait in which the person comes out favored, adorned by all ( some, at least) the virtues, in a perfect and personal gesture. But in photography there is a machine, a technological mirror that only shows what there is, here there is no previous makeup, only Photoshop can save us, and it only works with the surfaces, not with the soul or feelings.

Germán Gómez develops most of his work around portraiture, identity. It builds and reconstructs, shapes, deforms and makes existing and invented characters, hybrids, mixtures, which, as in impossible copulations, generate new unknown but recognizable beings. But perhaps his first works, his first approach to the portrait, was the purest and the most personal. Also the cleanest. In these images made over nine years, between 1992 and 2001, Germán Gomez recovers beauty. For this, he enters an identity without a past and without a future, in the perfect idea of simplicity. He is dedicated to portraying the children who were in his classes as a special education teacher. Children with serious problems, but above all innocent people without the perception of their own self. These children are not aware of their own image, so they are presented with normality. They are like that, they have an absolute and incontestable naturalness. They are what we see, there is no pose. They do not pretend to prove anything, they simply are, neither hide nor show anything. They do not see, they do not understand what it means to be portrayed, much less to be the subject of an artist's photograph. They do not know the transcendence of that image, they do not know what is behind, what can come out of that process.

The artist himself would comment at the time asked about these portraits and their models: "The machine did not scare them, no, because for them it meant nothing; (...) they also have no interest in looking well, nor do they have a preconceived image of themselves, or even a concept of what is beautiful in a canonical or model sense, as we do. They do not even know what is in each image. "It is almost impossible to say something similar to anyone else at this time. Today we are all extremely aware of our own image; how to dress, comb our hair, how to gesture, walk ... we are victims of our own image and we build characters that occupy our 24 hours a day. And children and young people are not strangers to this global disease, they are the propitiatory victims of the formulas, the tics and the exaggerated appearance.

But these children that Germán Gómez portrayed perhaps too many years ago formed an island apart from all this, a place isolated by the force of the image, oblivious to the power of appearance. They show us the simple and perfect beauty. That which is not intended to be reflected in the lens of the photographer; the one that does not ask for a copy for them of the photo, the few alive beings that do not take the telephone to take selfies. They are a species alien to time, beings that may be closer to angels than humans. The formula that Gómez employs seems at first sight simple: children look at the photographer while interacting with each other. But what we see goes beyond that witness relationship, goes beyond the explanations that the photographer can give us (he placed them at a suitable height, sometimes he exchanged clothes ... He talked to them, trying to be recognized ...); what we see is the simplicity and cleanliness of their looks, the clean smiles, the knowing looks, the love between them, we see our puppies playing. We know that behind there are deep relationships between children, toy "courtships", impossible and ephemeral worlds. As we have long since ceased to be innocent we see the scenes with the pain of loss, with the sadness of peeping into worlds lost in advance. But if we did not know anything, if we only had the view, if we did not know what an image means, we would see only beauty. We would see portraits of happy and relaxed children, oblivious to the noise of life. The scenes are medium planes, in color and black and white, children do not pay much attention to the camera, which they look without fear and without suspicion. We see something that filters through the surface of the image and is the naturalness of the relationship between them and of them with the photographer, of them with themselves because they are their only world. They are not scared or even curious. They are definitely beings from another time and from another place
.
These images have been seen in different places, in Spain and outside of Spain; always the perception of them has been through the beauty of children and composition, because in these compositions we can find the structure of classical painting, the narration of a short story with a happy ending. We see the game of relationships and feelings as 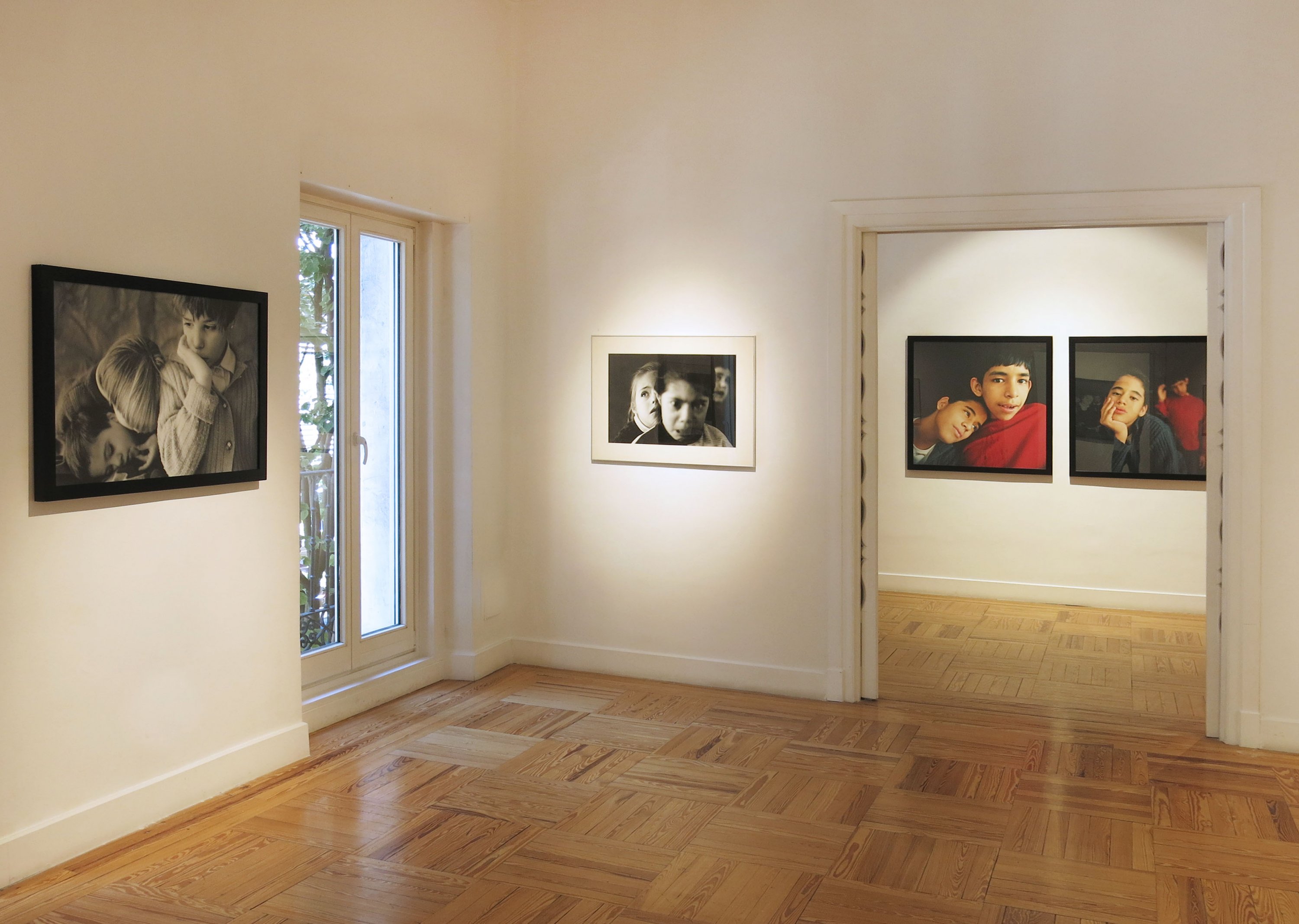